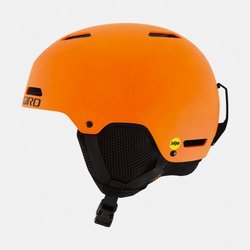 Giro Crue MIPS Kid's Helmet
$79.99 - $89.99
A sturdy hard shell design that will outlast several kids' youth careers, the Giro Crue MIPS Helmet is a clean freestyle design with the MIPS® protection system built in. That head has to last for a lifetime, so protect it when they're young with the outstanding Giro Crue Helmet. 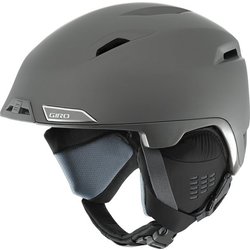 Giro Edit Helmet
$179.99
Even if you had the ability to revise the Giro Edit Helmet, we bet you wouldn't change a single thing. The Edit has everything that you could want and need from a snow helmet - from a sturdy in-mold construction with an impact-absorbing liner to a GoPro® compatible mounting system. As far as venting goes, the Edit knows what's up. It features Super Cool™ vents, which pull in fresh air and push out stale air, as well as Stack Vent™, which helps to eliminate fogging of your goggles. Its Roc Loc® 5 fit system gives you the ability to easily adjust the fit of the helmet, and is way lighter than most other fit systems out there. Staying low profile and lightweight - without sacrificing the features that matter the most to you - is the goal of the Giro Edit Helmet, and it achieves just that. 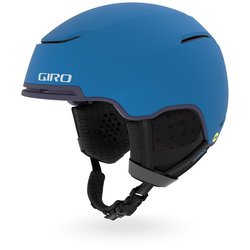 Giro Jackson MIPS Helmet
$159.99
A new design from Giro that promises to be "hotter than a pepper sprout" this season, the Giro Jackson MIPS Helmet rocks a super smooth and sleek profile, and simple but effective Passive Aggressive Ventilation. The clean linear vents point the way to the styling wave of the future for ski helmets, which had previously taken their cue from bike helmets. Super comfortable and equipped with the low-profile In Form™ 2 Fit System as well as MIPS, the Jackson deserves a close look this season. 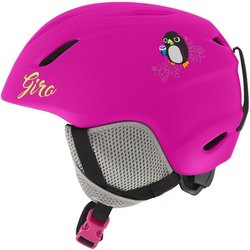 Giro Launch Kid's Helmet
$59.99
The Girl Launch is a great helmet for little skiers and snowboarders. The In-Mold Construction is very lightweight and durable. Giro's In Form Fit System allows you 6cm of adjustability to ensure a proper and safe fit. Vertical Tuning allows a seamless integration with the Giro Rev and Chico Goggles. Super Cool Venting keeps a steady flow of air moving through the Launch to pull warm air and sweat through the vents at the back of the helmet to prevent overheating and keep everyone comfortable and happy on the slopes. 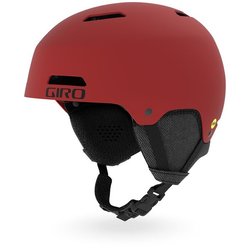 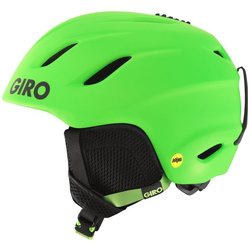 Giro Nine Jr MIPS Kids Helmet
$109.99 - $119.99
You know how excellent the Giro Nine and Giro Era helmets have been for seasoned snow-slashers, so don't withhold the Giro Nine Jr. MIPS Helmet from your youngster. Built ultra-light with the same dependable In-Mold Construction, your little rider will feel comfortable and confident to keep progressing on the slopes. What was already considered the best kid's helmet ever made is now available with MIPS® Technology so little ones around the world can learn to love the mountains in both style and safety. 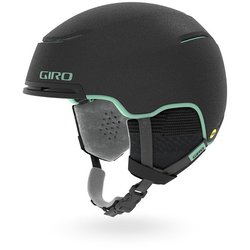 Giro Terra MIPS Women's Helmet
$159.99
A new design from Giro emphasizing sleek lines, light weight and full ventilation in a MIPS helmet, the Giro Terra MIPS Helmet is the future of women's freeride helmets. The streamlined profile is achieved through the new Passive Aggressive Venting system while the slight brim and intentional engineering provide seamless compatibility with Giro goggles. Dial in the fit with the In Form™ 2 fit system and start claiming new lines with the Giro Terra MIPS Helmet. 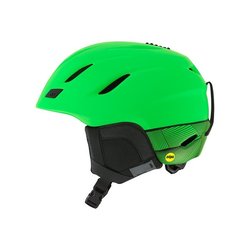 Giro Nine MIPS Helmet
Over ten years ago, the Giro Nine Helmet kicked-off what is now Giro s revolutionary line of snow helmets. Now available with MIPS® Technology, the Nine performs at top-notch levels, maintaining its lightweight, low profile and streamlined style with the added protection of MIPS in the event of rotational impacts. Building on a sturdy foundation, Giro has added Thermostat Control vents to solidify the Giro Nine MIPS Helmet as an enduring and reliable design for all ability-levels.
Page 1 of 1

We are offering some wicked good deals on most of our winter products right now. While we like giving you a great deal we still have to keep the lights on and pay our staff. So we're offering the following flat rate ground shipping fees on our most popular winter gear. Even with these added shipping fees you're still paying way less than full price! All regular priced Winter items over $75 still ship free via ground in the continental U.S.